They say the truth always comes out and I believe there is much much more to come over the Mafia murder of fashion designer Gianni Versace.
This was exposed by Frank Monte in his above book. Monte was sued by the Versace family in 2003 in one of the most extraordinary cases in Australian legal history and the original book had to be pulped and re-written.
Now highly respected Italian investigative writer Gianiluigi Nuzzi has confirmed Frank Monte was telling the truth We recommend reading both books for one of the most fascinating stories of the decade.
Further reading here :
http://www.thesocialshuttle.com/2011/03/and-how-is-versace-empire-these-days.html 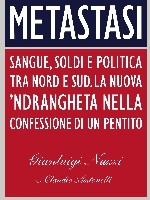 Pan Macmillan Australia Pty, Limited, 2001 - 314 pages
Autobiography of international private investigator Frank Monte. Recounts his employment by Aristotle Onassis, recruiting and running a private army for the Sheikh of Dubai, travelling through the crocodile-infested estuaries of West Papua to solve the mystery of the death and disappearance of Michael Rockefeller, and his claimed involvement in the investigation into the murder of Gianni Versace. Includes photographs. Book was withdrawn from sale after members of the Versace family claimed it defamed them.

read Google's review of this book.
Posted by authorised by Frank Monte at 23:52 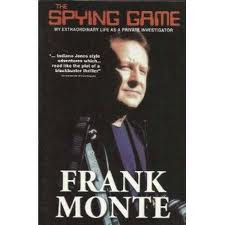 Monte's Investigation Group
is recognised internationally
for it's expertise and has an
unsurpassed reputation.

With offices in Beverly Hills and Downtown LA,
Frank Monte, a licensed California private
investigation firm, provides the same quality and
services that have been a Monte's hallmark for
nearly four decades.